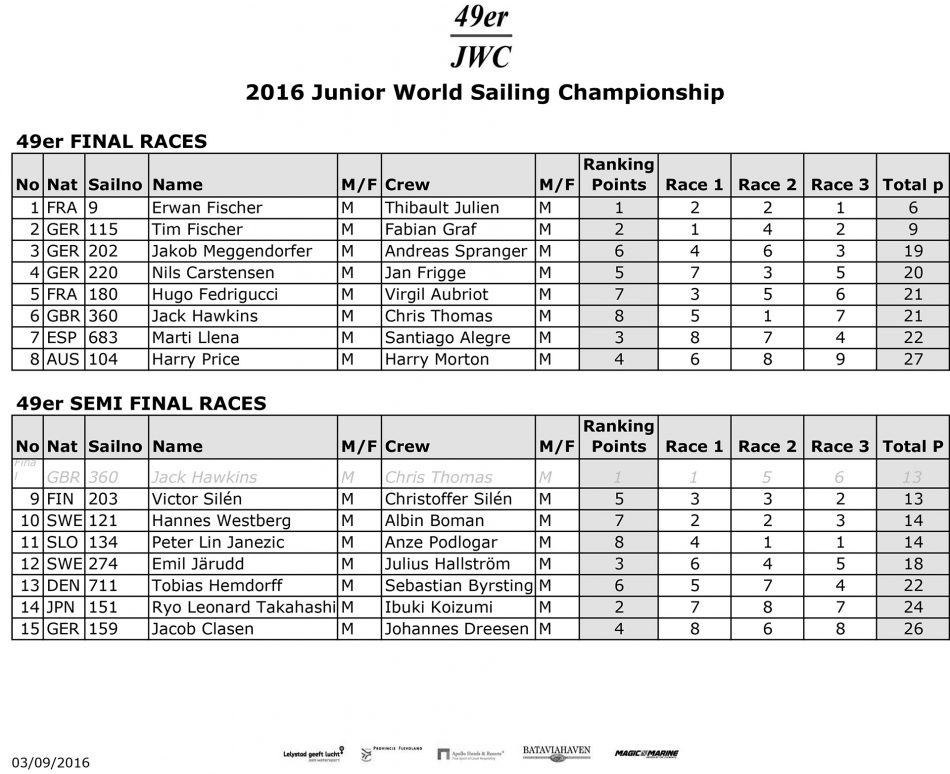 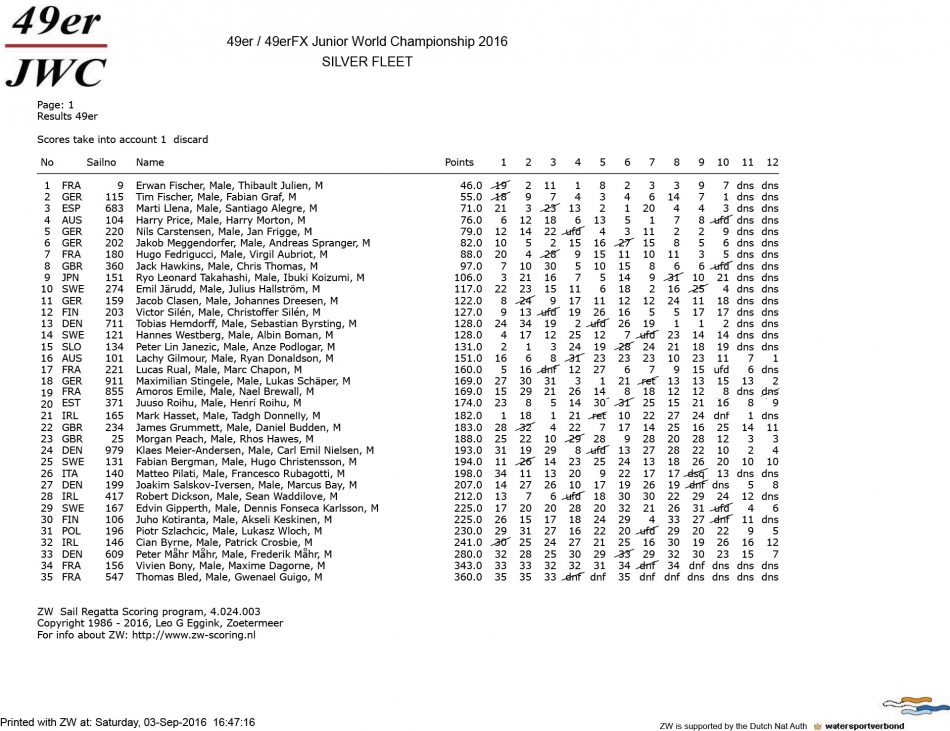 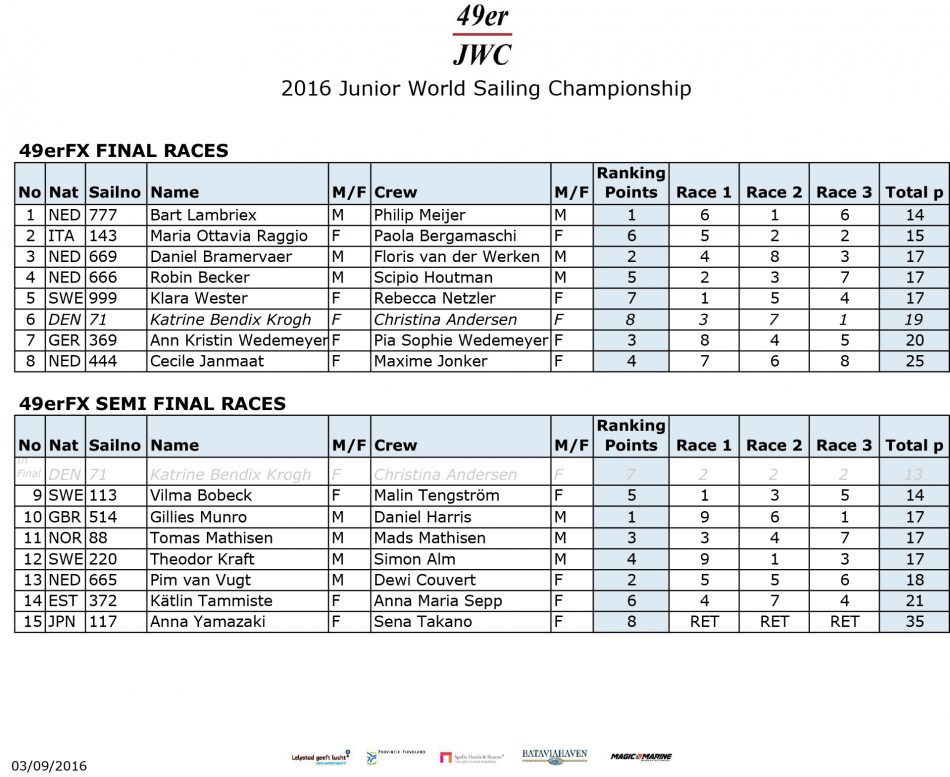 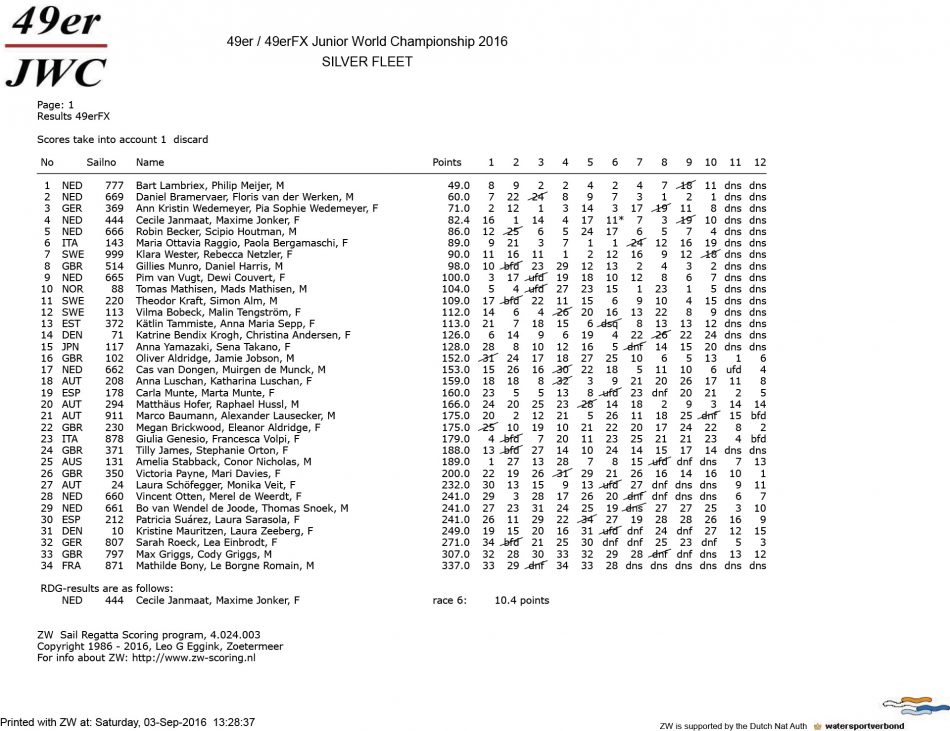 Just after the Olympic games, the next generation of skiff stars lined up to see who was the best U23 team in the World.  Like all events with the skiffs,…

Thirty teams awoke with unease in their bellies on this final day of the 2016 Junior World Championship.  The format put each set of teams ranked 8th through 15th into…

Four Dutch teams in the 49erFX FINAL in Lelystad, Holland

It looks like sailing in your own country is giving an extra boost. Four Dutch teams have reached the final in Lelystad. Dutch guys Bart Lambriex and Philiper Meijer have won…

Germany and France having multiple teams in the 49er FINAL

Dutchies are leading at the Junior Worlds in Lelystad

On the second qualifying day in Lelystad, there was more wind. We all know that more wind is equal to more sailing. Both classes have sailed four races today. 49erFX In…

It's been a great day of sailing in the Bataviahaven of Lelystad, Holland for the first day of the 2016 Junior World Championship in 49er and 49erFX. Although there was…

Tonight, the 2016 Junior World Championships 49er/49erFX has been officially opened by John van den Heuvel (Alderman of Lelystad) and of one our competitors. First, Leo Becker (chairman Dutch 9er… 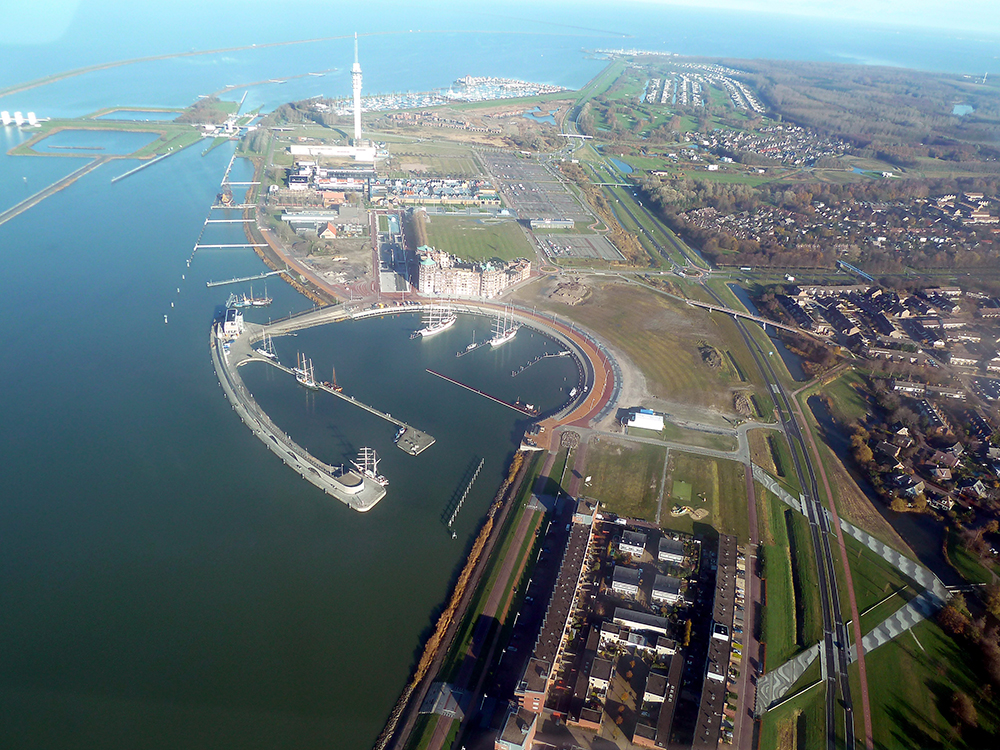