Man Meat of the 49er Class: You'll Want to Eat them Right Up!

Buenos Aires, Argentina. A sexy scene of tango clubs, tasty parillos (some of the best steak houses you’ve ever stepped foot near), and of course the suave spanish speaking natives that will have you falling into their rolling “r’s” in no time.

Some other pieces of meat that might get overlooked currently in Buenos Aires for the past couple of weeks are the very athletic, and dangerously juicy men of the 49er class. That’s right ladies, Olympic hopefuls looking to push themselves to the limit for a chance to compete in Rio 2016. These boys know what metals mean the most..cough, gold..cough.

Sailing is stereotypically known for having silver haired, Captain Ahab look-a-likes, but for the boys who knock about in these skiff style boats, it’s more like “Captain Ah-hubba hubba!!”

Aussies, Germans, and Chileans alike – this sport doesn’t discriminate when it comes to good lookin’, premium cuts of athlete. It’s a global sport, looking to expand its reach, so let these sailors cruise into your hearts, but be careful, these pirates might be too caliente to handle!

8. These Baby’s Got Some Back 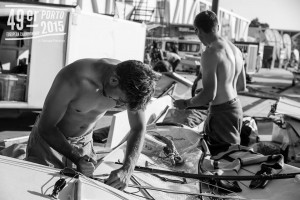 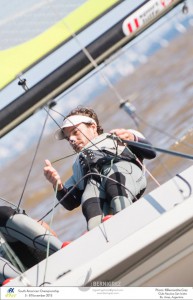 Stone cold man of mystery, but don’t be fooled, swipe right on this tinder pic! 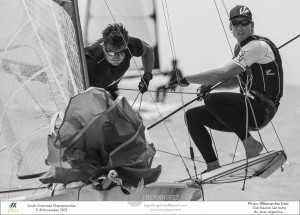 **No men were injured during the making of this piece…and hopefully neither was their pride!