The 2015 South American Championship concluded under blue skies and perfect winds in Buenos Aires, Argentina today.  The event served as a high level warm up event for the world’s best skiff sailors who will compete next week for the World Championship in the same venue and against the same competitors.

The condensed schedule produced intense racing throughout, with only four qualifying races before the split off into gold. Each fleet was scheduled for three gold fleet races and a medal race leaving a 90 point maximum point differential between the sailors, meaning the events were fully up for grabs 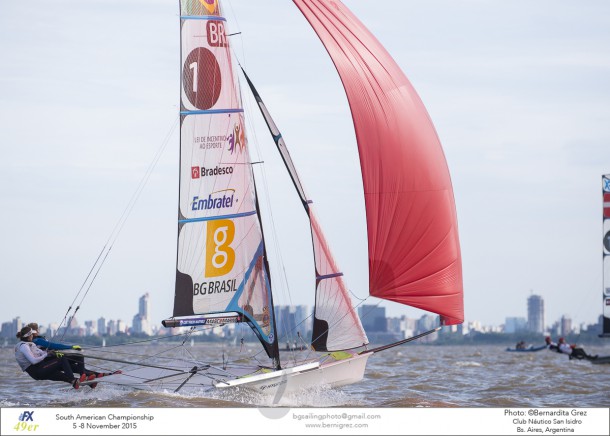 Reigning world Sailors of the year, Martine Grael and Kahena Kunze dominated early taking a 12 point lead into the final day, but two out of their last three (excluding the medal round) races broke into the double digits, leaving the sailors less than satisfied with a knock down into second. The ladies both noted it was a two fold struggle; their mental game was off subsequently hindering their ability to read the puffs. Taking the win on the FX course was the Danish team Ida Nielsen and Marie Olsen, who’s consistency over the course of the last day awarded them a 7 point lead. The third place finish just also happened to be the next closest South American team, Argentinian’s own Victoria Travascio and  Sol Branz. Franz proudly admitted, “We felt good and happy about our performance, and it was a smooth regatta. We definitely are nervous for Worlds though!” 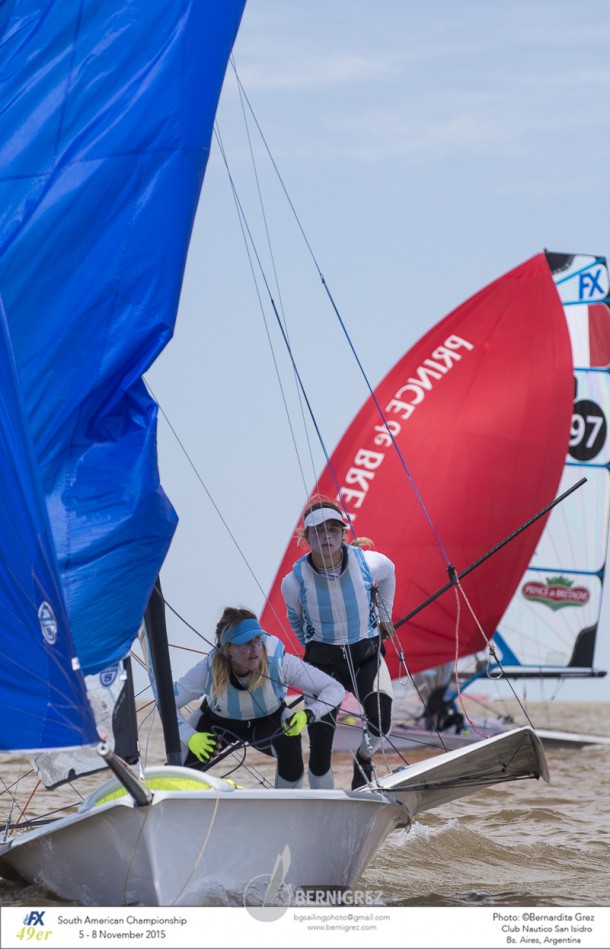 For many, this regatta posed more of a testing ground for the upcoming Worlds, but competitive upsets did arise for a short time. Peter Burling and Blair Tuke had their glory days challenged by the James Peters and Flynn Sterritt. The British duo sat in first place going into the final day, six points ahead of Burling and Tuke, but were unable to sustain that glory and fell back into fourth, 28 points off Burling and Tuke’s coattails. When asked about the days consistency vs. yesterday, Burling was actually unphased and level headed noting, “Overall we’re really happy with how we were going considering we just bought a new boat.” Alternately, Peters felt their performance was going on well, slightly average here and there, then a sudden “kick in the teeth” with the concluding medal race finishing bottom of the medal fleet. 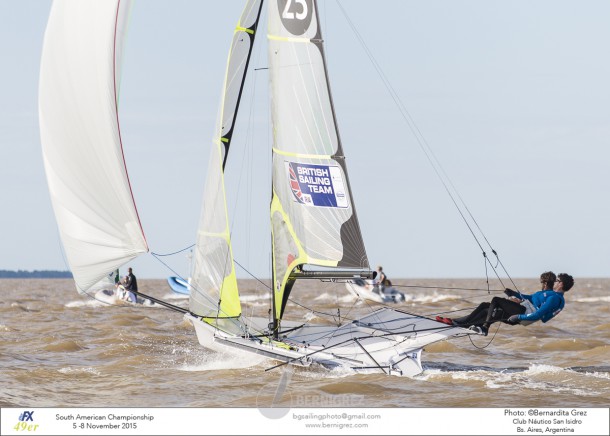 The Austrian team Nico Luca Marc Delle Karth and John Relsch overcame technical issues in the medal race. Relsch held his partially mangled trap wire together for the last 200 meters of the upwind beat, falling slowly into a tie with Burling and eventually falling into second, but were able to hold onto the second place spot securely into the finish.

The fleets will enjoy a bit of down time and some local cuisine at a BBQ the Monday before racing begins again. Back to work for these fleets the following day as final preparations for the 2015 World Championship continue November 16-21 in Buenos Aires. As always tune in for all the action at 49er.org.