The second day started with an AP flag at 9.30am. In the meantime, the race committee measured the wind at several locations in the race area. According to the information they received, the wind was variable in strength and direction but with the encouraging speed of 5.2 knots on average and maximum winds well above 6 knots. Further readings showed stabilizing conditions. First the 49erFX fleet and then also the 49er fleet took to the water. At 10.19am AP flag came down as Peter Lübeck sent the sailors out to race. The wind was blowing 5-7 knots from 70 degrees.

The race organizers had been setting the course in ever-improving conditions. Luckily the wind had freshened, so at 11:20 the 49er fleet had its first start of the Europeans with the U flag flying.  The 95 degree, 950-metre long course axis proved to be too short in the already 9 knots wind, so course race officer Bence Kárpáti lengthened the course by 250 metres for the second lap and also adjusted it to the right due to the slight shift in the wind.

The Hungarian boat crossed the finish line first. HUN-373 is helmed by the recent Hungarian champion Roni Oszkár Szabó, his racing partner is the Spanish Filippo Binetti Pozzi. Szabó and his crew already led by 2-3 boat lengths at the first mark and gradually increased their lead to win start to finish.

“We have very good speed in this kind of wind, so we could race our own race from the beginning by following the wind shifts. The front of the fleet was still pretty tight at the end of the first leg. In the first downwind, the leading boats stretched out a bit, so we were able to keep an eye on the second and third place boats right behind us, enforce our tactics and increase our lead,” said the winning helmsman, Roni Oszkár Szabó.

In the first race the jury gave only one penalty, interestingly, the winning Hungarian boat was the one receiving it. Fortunately for them, although they were penalized after the one-minute signal, they still had time to resume their starting position and eventually win the race.

By the start of the next race, the wind had dropped noticeably, with an average of 5.7 knots and a maximum of just over 6 knots. This start was also passed without a UFD, but with the wind already dropping to an average of 3.7 knots, the race committee decided to abandon the race at the end of the first leg and after raising the N flag and then AP. The boats started to go back to the harbour, where after waiting for a while the continuation of the race was postponed to the next day.

On the Bravo course of the European Championships – where the women’s and mixed team Olympic class, the 49erFX class competed – the first race was very similar to the Alfa course.  The second upwind leg had to be extended in the freshening winds and the axis had to be changed to the right. The wind force was also similar, at around 8 knots.

The second race also started in weakening winds between 5 and 6 knots, and in the middle of the first downwind leg the wind reduced so much that the RC led by Berta Böröcz prepared to shorten the course. After a significant wind shift of 35-40 degrees, when the wind changed from the original 100 degrees to 60 degrees, the race committee decided to abandon the race. 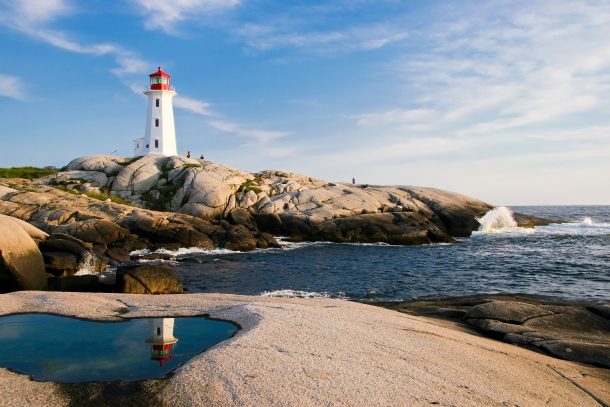 NOVA SCOTIA AT A GLANCE Located on the Atlantic Coast of Canada, the Province of Nova Scotia is blessed with more than 13,000 kilometers of alluring coastline, the highest tides in the world, spectacular lakes and forests, exquisite seafood, and amazing people. We are Canada’s Ocean Playground! WEATHER Moderately cold winters, warm (but rarely hot) summers and long, mild autumns. Nova Scotia has a mild overall climate due to ocean currents. CURRENCY Nova Scotia uses the Canadian Dollar (CAD). Currency exchange services are available at the Halifax Stanfield International Airport and local banks. LANGUAGE Although Canada is officially bilingual (English and French), English is the main language spoken in Nova Scotia, but services are often offered in French as well, particularly in the southwest and northeastern parts of the province.

VENUE LOCATION Hubbards, Nova Scotia, Canada The event will be held on the waters of St. Margarets Bay, which has played host to several national and international sailing events over the years. These waters make an excellent venue for the World Championships. The sailing venue has clean water and moderate to strong consistent winds in a spectacularly beautiful setting, with a very active sailing community. VENUE INFORMATION SITE ACCESS The Event Site will be open for access from August 15, 2022. Team containers will be accessible prior to this date at a location near the Hubbards Community Waterfront. Services and facilities will be available on site August 18, 2022. LAUNCHING AREA The Event Site will have three separate slipways for launching throughout the designated boat park areas. There is a short sail through the cove and channel that connects to the open waters of St. Margarets Bay. COACH BOAT BERTHING & FUELING The Local Organization Authority will provide a designated area for coach boats at the Hubbards Community Waterfront. There will be a fuel truck provided near the site with water access for daily refueling, which will provide debit/credit payment options. ADMINISTRATION OFFICE FACILITIES There will be an administration office located on site with photocopier/scanner/printer access. Dedicated Wi-Fi networks will be established throughout the Event Site for competitors & coaches, administration, officials, and media. FOOD & BEVERAGE Food services will be available on site for purchase, along with several recommended restaurant options in the local community. Nutritious post race snacks will be provided by the Local Organizing Authority and refillable water bottle stations will be available throughout the Event Site. CAR PARKING There will be a designated parking area located a few minutes away from the Event Site with shuttles providing transportation to and from the site throughout the day. WASHROOM & CHANGE FACILITIES Facilities will be provided on site to accommodate all participants in this event.

TRAVEL VISITORS TO CANADA The Government of Canada provides current travel information for visitors including COVID-19 restrictions and requirements. Information can be found at: https://travel.gc.ca/ CANADIAN VISA REQUIREMENTS All foreign travelers to Canada will require a passport and an Electronic Travel Authorization. Some travelers will require a visa. See list of visa exempt and visa required nations: https://www.canada.ca/en/immigrationrefugees-citizenship/services/visit-canada/entry-requirements-country.html TAXES & DUTIES ON ARRIVING Travelers to Canada are generally exempt from taxes and duties on personal property they are carrying with them. For more information on this topic see: https://www.cbsa-asfc.gc.ca/travel-voyage/ivc-rnc-eng.html While visiting Nova Scotia, the Harmonized Sales Tax (HST) of 15% applies to most purchases, including accommodations. Food supplies, other than those consumed at restaurants, are generally exempt from HST. 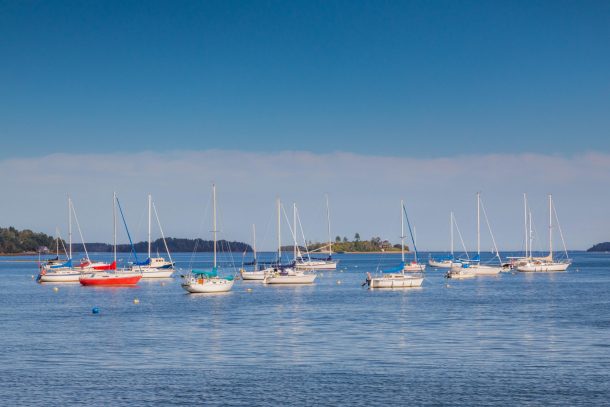 TRANSPORTATION INTERNATIONAL AIRPORT Halifax Stanfield International Airport (YHZ) Located just 38 kilometers from Halifax’s city center and 64 kilometers from the event venue at Hubbards, the award-winning Halifax Stanfield International Airport is the main gateway into Eastern Canada and the Atlantic hub for all domestic, regional, and international carriers. Air carriers serving Halifax include Air Canada, WestJet, United Airlines, Delta, Condor, Icelandair, Air Saint-Pierre, Air Canada Rouge, Flair, and Porter Airlines. With over 600 flights a week, you can travel by air to Halifax on direct flights from most Canadian cities, along with Boston, JFK, Newark, Detroit, Washington DC, Chicago, and overseas via London, Frankfurt, Munich, Hannover, and Iceland. There are also hundreds of connecting flights — you can get to Halifax from just about anywhere in the world, often with just one stop en route. LOCAL TRANSPORTATION Once you arrive at our airport, you will find limousine, car rental companies, taxi, shuttle bus services, and city transit available to transport you to your accommodations in Halifax. Transportation from Halifax to the Host Venue will require a car rental. There are several car rental operators located conveniently at the Airport Parkade for pick up and drop off. Parking will be available near the Host Venue in Hubbards, Nova Scotia. For contact information visit: https://halifaxstanfield.ca/transportation/car-rentals/ 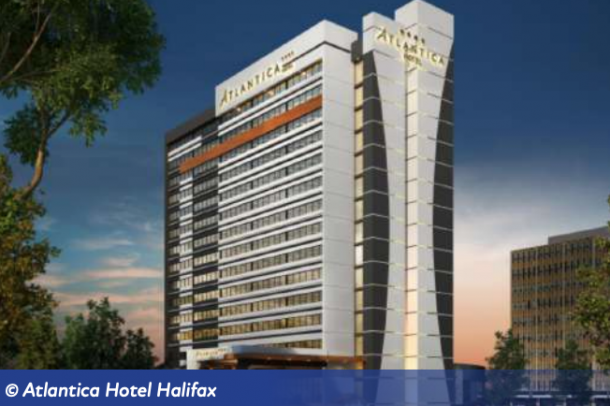 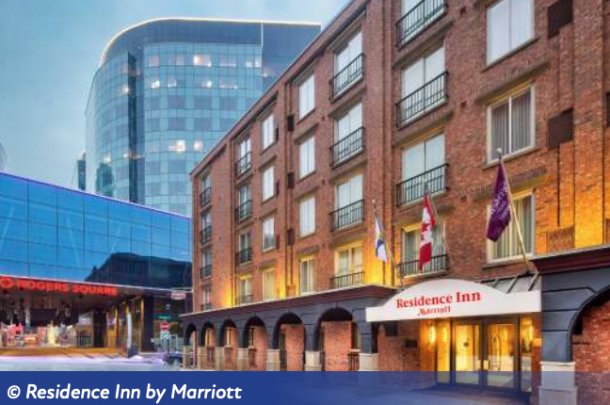 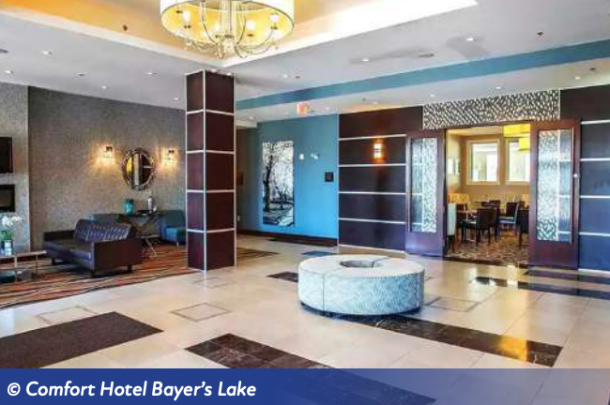 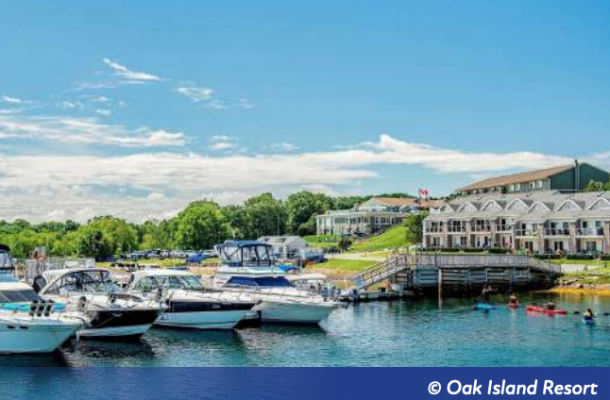 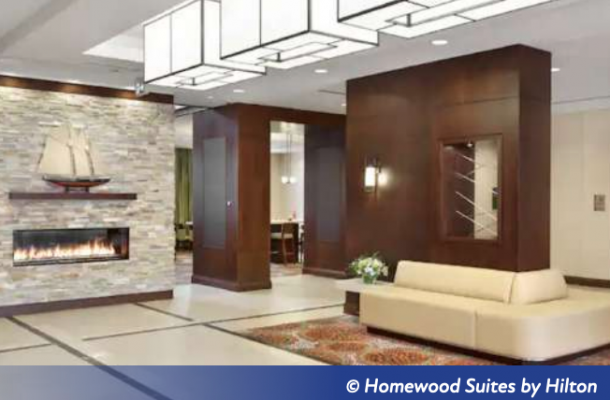