Each fleet had a single medal race to close out the 2015 Sailing World Cup Weymouth and each race would decide the final standings.

Alex Maloney and Molly Meech (NZL) sat five points ahead of Martine Grael and Kahena Kunze (BRA) with 18 points available.  That meant that the Brazilian duo had to beat the Kiwis and put two boats between them, a challenging but reachable goal.  The Brazilians faced similar challenges at the 2014 European Champoinship in Helsinki where the Danes beat them out and at the 2014 World Championship where they took the final race for the win.  For the Kiwis, fewer of their events have gone down to the wire like this, but they are always in the mix.

The conditions seemed to favour the Brazilians, as the racing was in Weymouth Harbour, in lighter and patchier winds than the rest of the week which was outside on the bay.  The Brazilians have at times been critisized for their boat handling, but never for their racing acumen which is the highest in the fleet.  A shiftier, patchier race course was always going to favor them over the powerful and fast Kiwis.

The start decided much of the race as well, with Martine and Kahena having a solid front row start with Starboard advantage over much of the fleet while the Kiwis got buried in a crowded mid-line pack and had to bail out.  A couple good shifts for the Brazilians and they were in the top group around the windward mark while the Kiwis struggled in the back group.  Martine and Kahena split through a pair of Danes on the first downwind and extended their lead through to the finish, claiming another victory.

In a close for the the Bronze medal, Tamara Echegoyen and Berta Betanzos from Spain claimed the medal and with their week are now firmly in a busy conversation about medal contenders for Rio. 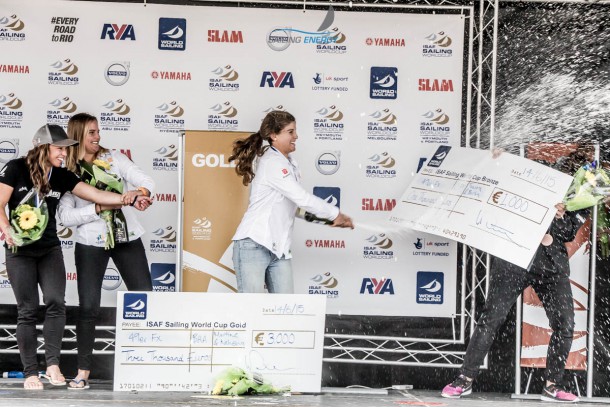 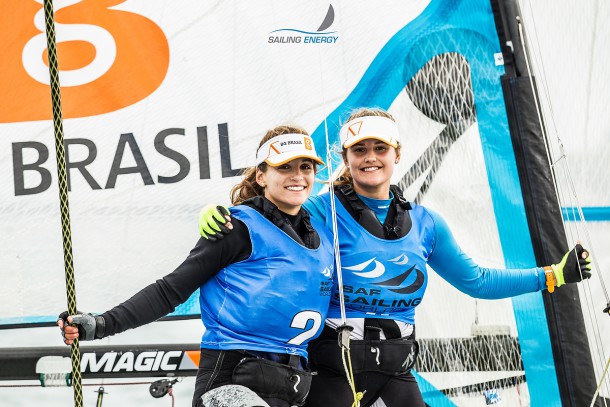 kkPeter Burling and Blair Tuke had all but wrapped up their 17th straight 49er victory, but there was still action for Silver and Bronze.  Marcus Hansen and Josh Porebski (NZL) had a 10 point lead over Victor Vasternas and Victor Bergstrom (SWE) who had a small lead over John Pink and Stuart Bithell (GBR).  The medal race point spacing was pretty consistent from top to bottom in the 49er race which meant every team had something to fight for.

Off of the start line, it was two other British teams that got the best of it.  In a race that had every World Champion but Iker Martinenez and Xabi Fernandez since 2006 competing it was 2007 World Champions Stevie Morrison with new crew Chris Grube win the pin.  A third British team, Dyland Fletcher and Alaign Sign controlled the middle of the line with John Pink and Stuart Bithell holding a poor lane quite well and all were heading left.  The two NZL crews, the Swedes and the Aussies headed right after poorer starts.  By the time the Brits came to the left corner, Stevie and Dylan tacked back, well ahead of Pinky.  Pink continued deep into the left corner before heading back.  Though the separation was no more than 20 boat length, Pink and Bithell smelt out the puff they needed and came back across the fleet with authority, moving from mid fleet to the lead in the space of 2 minutes and never looked back, extending all the way through the finish line.

The race never came together for the Swedes, so Pink and Bithell took the Bronze medal and with it selection to the British Sailing Team squad heading to the test event in Rio in August.  Pink has been a contender now for almost a decade since emerging from a strong 29er background.  Since teaming up with London 2012 470 Silver Medallist Bithell they have been consistently strong but infrequently on top level podiums.  Now would be the perfect time for them to graduate forward and put some separation between them and a strong British squad.

All the sailors left Weymouth happy after a fantastic week of racing ahead of the first major the year, the 2015 Porto European Championship in July.

For all of the race replays, photos, results and articles, head to the event page. 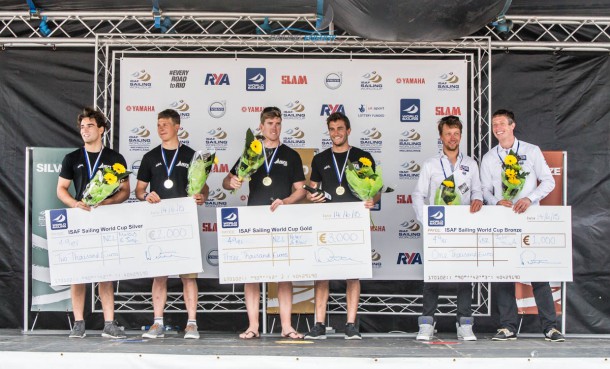 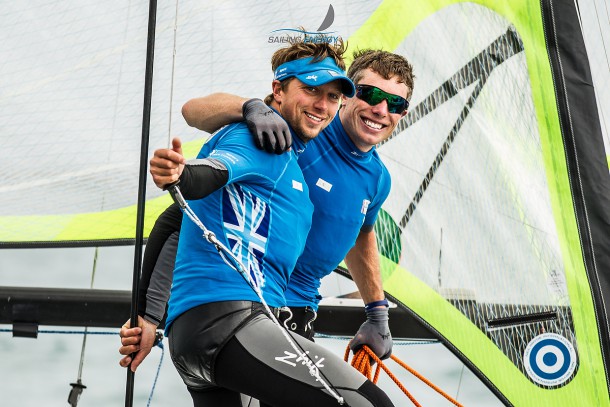