When the 49erFX fleet joins the 49er and Nacra17 for the 2019 Volvo Europeans, amongst the battles for Olympic selection will be the defending World Champions. Bekkering/Duetz, (NED) who look to keep their Tokyo 2020 campaign alive.

At the recent Hempel World Cup Series event in Genoa, the Olympic classes were plagued with extremely light and challenging conditions. Winning the 49erFX class was the Dutch team of Odile Van Aanholt and Marieke Jongens. While a single event win won’t make or break your four-year campaign, in this instance it almost could.

The Dutch Olympic selection process takes into account two regattas: the Hempel World Cup Series regatta in Genoa, and the 2019 Volvo Europeans. Dutch competitors receive 10 points for 1st place, down to 1 point for 10th place. Van Aanholt/Jongens received the full ten points for their win. The reigning World Champions of Annamiek Bekkering and Annette Duetz finished the regatta in 9th place. They received just 2 points towards Olympic selection and face a mountain to climb at the 2019 Volvo Europeans if they wish to keep their Tokyo 2020 dreams alive.

The 49erFX gold and silver medalists from the Rio 2016 games look set to continue their battle on the water. Martine Grael and Kahene Kunze (BRA) won the Olympic Gold ahead of Alex Maloney and Molly Meech (NZL). Repeating their Rio 2016 one-two results in Enoshima, Miami, and Palma, Maloney/Meech continually find themselves one step short of their Brazilian competitors on the top step of the podium. Both teams had differing regattas in the extremely light conditions at Genoa, so we’ll put that down as their discards.

For the British Sailing Team, their best 49erFX teams continue to place in the top ten at most regattas. Sophie Weguelin & Sophie Ainsworth placed 3rd at the 2018 World Sailing Championships, qualifying Great Britain for the Tokyo 2020 Games. In 2019, it has been their teammates and local Weymouth sailors Charlotte Dobson and Saskia Tidey who have been the top performers. While both teams have placed in the top ten at the 2018 World Sailing Championships as well as at Enoshima, Miami, and Palma, Dobson/Tidey have continuously placed higher than Wiegulan/Ainsworth.

The defending European Champions from Norway, Helena Næss and Marie Rønningen have had an inconsistent start to the 2019 season. With a scoreline ranging from 4th to 20th since Enoshima in late 2018, the Norwegians certainly have the skills to make it back to back Championships, but this won’t happen unless they can ensure their results rarely dip outside of the top ten.

Consistency has been less of a problem for the Danish team of Ida Marie Baad Nielson and Marie Thusgaard Olsen. After qualifying their country in Aarhus, placing 7th, they have placed 5th or better in three of the past four regattas.

Continuing the trend in strength from Northern Europe are Klara Wester and Rebecca Netzler (SWE). The young duo have emerged on the schene in 2019 as one of the most consistent high performers with 7, 11, 6, 7 at Miami, Vilamoura, Palma, and Genoa respectively. If you haven’t seen how hard this team trained in their first year, and how quickly they learned, then make sure you do, and don’t be surprised if they work their way all the way to the top.

The U.S. Sailing Team members Stephanie Roble and Maggie Shea should be expected to make the top ten at the 2019 Volvo Europeans, and with a bronze medal at the recent Hempel World Cup Series in Genoa, they will be eyeing the podium once again.

While the 2019 Volvo Europeans is not an Olympic qualification event, most teams will be using this regatta as a major turning point in their selection process towards the Tokyo 2020 Games. Many MNA’s are using this event as selection for the Test Event in Tokyo, and/or as part of their Olympic selection, so you can be sure all teams will be aiming to put their best foot forward.

The Olympic Qualification process for the Tokyo 2020 games began at the 2018 World Sailing Championships. Nine countries secured their nation a place at the Games; Australia, Austria, Brazil, Denmark Great Britain, Netherlands, New Zealand, and Norway alongside the automatically qualified host nation of Japan.

A further six spots will be up for grabs at the 2019 World Championships in Auckland, with the remaining six spots being allocated at Continental Championships.
For a more in-depth look into the Olympic Qualification process for the 49er class, CLICK HERE.

Offering a full range of proven coatings and technical service, Hempel helps you reduce fuel bills, extend maintenance cycles and cut drydock expenses.
A global supplier of marine, protective and decorative coatings, Hempel offers both high quality products and trusted technical and application advice. Whether you need coatings for newbuilding, maintenance or sea stock, our products will keep your vessel in prime condition for longer, from the underwater hull to the cargo tanks and ballast tanks.
Trusted technology Our focus on constant improvement ensures that you have access to the latest technology, technical service and application techniques. All our coatings undergo stringent testing – in the lab, on our test rafts in seas around the world and on test vessels – so you always know our coatings will deliver as promised, even when new technology or new legislation is introduced.
Trusted advice A successful coating solution requires quality throughout the process, from initial specification to application and maintenance. Our team of 600+ FROSIO/NACE qualified coating advisors in shipyards around the world ensure you get the best possible solution, while keeping application costs and drydock time to a minimum.
A trusted partner At Hempel, our goal is to be a long-term business partner that you can rely on, and we focus on providing proven products and services that help you achieve your long-term business goals. But we believe that we have a responsibility that stretches beyond business. So we invest in developing products that help you achieve your environmental targets and continually strive to reduce emissions and waste from our own operations. We also support projects around the world through the Hempel Foundation that help improve education for children in need, so they can build a better future for themselves, their families and their communities.
The experience to deliver Hempel has supplied marine coatings since 1915. Today, the Hempel name is associated with trusted technology, expert technical service and reliability. We launched the world’s first antifouling coating for ships’ hulls 1917. We still lead the world in antifouling and fouling release technology and have an extensive list of reference vessels around the globe. 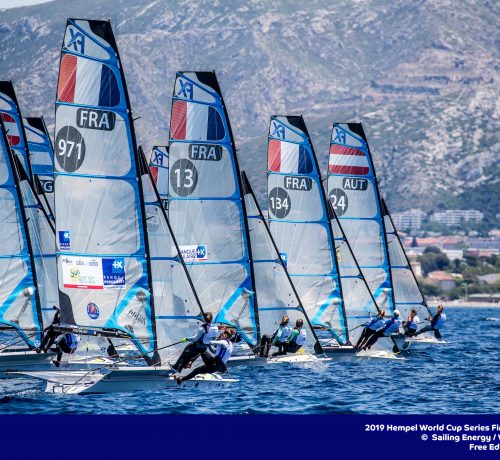 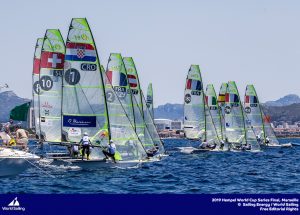 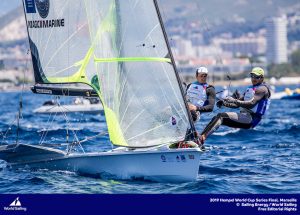