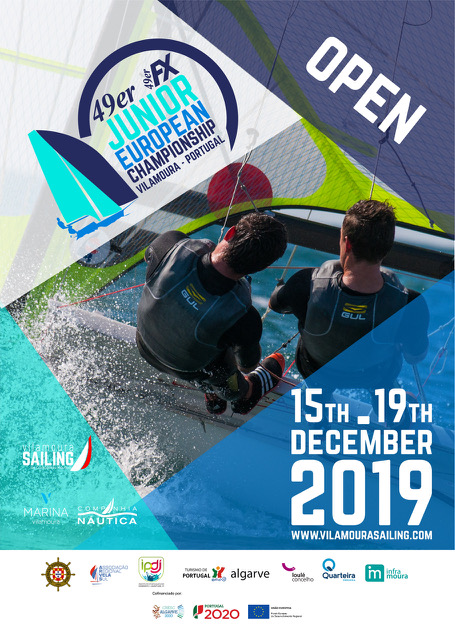 This will be the first time for an international race to be held on Hungarian waters for the skiff Olympics classes. The U23 fleet of the 49er and 49er FX are going to race in Balatonfüred at the Junior European Championship in the middle of October.  The organizers are expecting more than 50 boats.

Exactly a month from now, on the 13th of October, the U23 European Championship for the 49er and 49er FX sailing classes will begin in Balatonfüred. The race is extremely important for Hungarian sailing because there has never been an international race organized here at Lake Balaton for the high-performance Olympics classes. This will also be the very first international race taking place at the brand-new harbour of the Hungarian Yachting Association.

“These classes have never had an international competition in Hungary, so it is a huge achievement that this year we can organize the U23 European Championship here in Balatonfüred,” said Csaba Cserép, captain of the Hungarian 49er class, board member of the organizing club, the Balatonfüred Yacht Club. “The 49er and 49er FX are the Olympic classes that represent the future in terms of performance. There will probably be one or two competitors here in this race, who we can perhaps meet at the Paris Games.” added Csaba Cserép.

“It only became official in the middle of summer that the European Championship could not be held at its original location, so a new bid was issued for hosting the race. There were two aspirants, but in the end BYC won the right to organize it. This is a great honour and pleasure, but also a bit of burden, since there wasn’t as much time left for preparation – as in the case of a bid won in a ‘normal’ time,” said István Böröcz, executive director of the organizer BYC. “We are happy to be able to show what we are capable of, so we are looking forward to hosting the U23 generation in a beautiful lake environment, with good races and colourful programs, organized by a team with international background.”

Usually in the junior races, 60-80 boats would start in the 49er class, and 40-50 boats in the 49er FX. It is a great opportunity for the young Hungarian sailors to race in domestic waters, in a friendly environment, without the need to travel, in a very serious fleet, in which, presumably, future Olympic participants and perhaps even Olympic champions will compete.

The opening ceremony of the European Championship and the first meeting for the racers will take place on the 12th of October. The actual races will start the following day, on the 13th of October. The competition is divided into qualifiers and finals. The final races are planned to be held on October 15 and 16. The European Championship will end with the award ceremony on the 16th of October. Competitors can use the brand-new facilities of the Kékszalag port, meanwhile the organizers await them with snacks and fruit every day after the races, and plan two official dinners.

The location of the European Championship is lake Balaton, the largest lake in Central Europe, with a southwest-northeast axis. It is a beautiful protected natural area, with extremely clean fresh water. Balaton is characterized by variable but generally balanced wind conditions, with moderate wind (10-15 knots) blowing on a typical October day. During weather fronts, the prevailing wind is strong from the NW-SE direction (15-25 knots). There is no current, the waves are typically short. The temperature in October: air (10-18 °C), water (14-18 °C). The competition area will be in the Balatonfüred-Tihany-Siófok triangle.