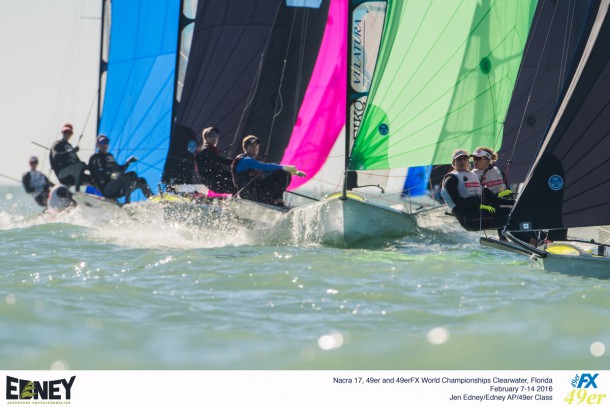 A Fair Field of Play for All

The continuous improvement mindset never leaves a sailor, nor a class.  The measurement for 49er and 49erFX is now completed with all 40 boats given a thorough review ahead of the 2016 Olympic games.  “I think it is very good that we have pushed our class into where we are now,” said long time 49er sailor Peter Hansen who now coaches the 49erFX from Denmark.

Fair play is one of the three goals of the class, along with entertaining sailing and fleet growth.  Year after year the equipment in skiffs has gotten more consistent and the inspection team at the 2016 games should be commended for their complete review of all the boats.  Equipment variation can be equivalent to doping in other sports, which is why it is taken so seriously by the whole class philosophy.  At our core we aim to ensure every team feels they have an equal chance at the podium.

The moulds were all built from a CNC plug in 2009.  Later the foils also came from CNC moulds along with common material suppliers.  More recently sailor feedback has been corralled to tighten tolerances where necessary and uncover slight variation in build techniques from the different boat builders to unify their approaches down to the smallest details.   We took the uncommon step of outlawing older boat (for example) rather than grandfathering, even when the small changes to build technique was unlikely to have made a real difference.  We want that sailors always know everyone is on the same equipment. Many additional small steps were taken, like the use of tooling (seen below) to ensure equipment was built as it should have been.  It’s not a process the class will stop, but ensuring a fair playing field for all is something to be proud of for all involved.

Now on to the racing! 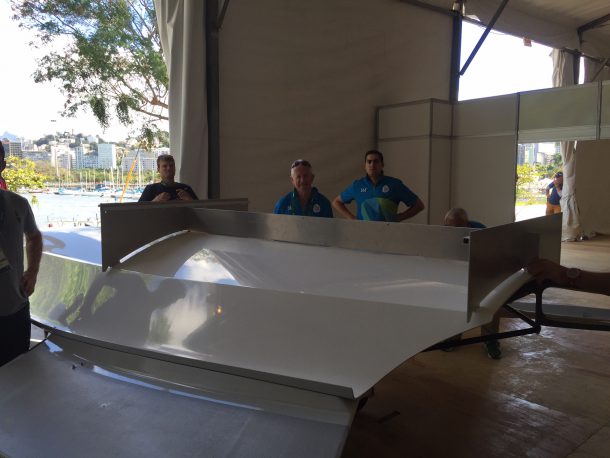 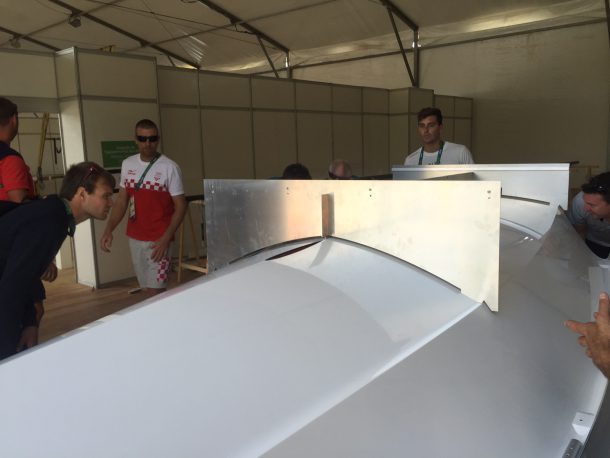