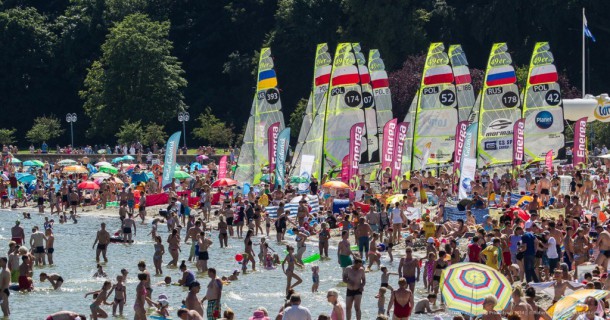 The organizers of the event made the only right decision to move the event from the end of July at the date of August after the announcement of the coaching regatta that will be held in Rio de Janeiro just before the Olympic test event. The July date would result in a much lower turnout at the start of the race, and above all absence of top two teams from Poland – Lukasz Przybytek/Pawel Kolodzinski and Tomek Januszewski/Jacek Nowak. We hope that through such change we will encourage a greater number of crews also from abroad to visit Gdynia

On the water it will be very intensive both day and night. In addition to the official races, the organizers will conduct the Energa Night Race which will be held on Friday, August 28. At the starting line we will see five teams participating in the regatta with the highest positions in the International Sailing Federation ranking.

The regatta in Gdynia is also well known from its social events targeting both for participants and special guests, but also for the public, which frequently accumulates on the city beach and seaside boulevard.

We cordially invite all fans of extreme sailing in the last weekend of August to Gdynia!

49er Grand Prix Gdynia 2015 is a three day racing event with maverick format. There will be short course close to the shore with a part of theatre style racing. Main goals are to get some good training and promote 49er sailing and sponsors.

Eight races, one medal race and night race is scheduled.

If you have any questions please contact us by email: 49erGrandPrix@gmail.com