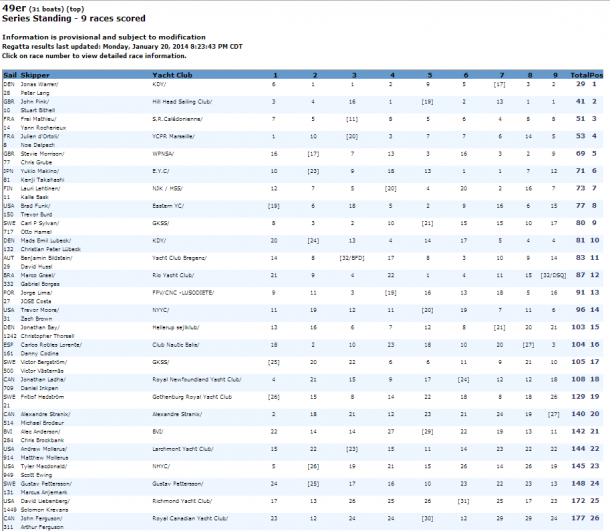 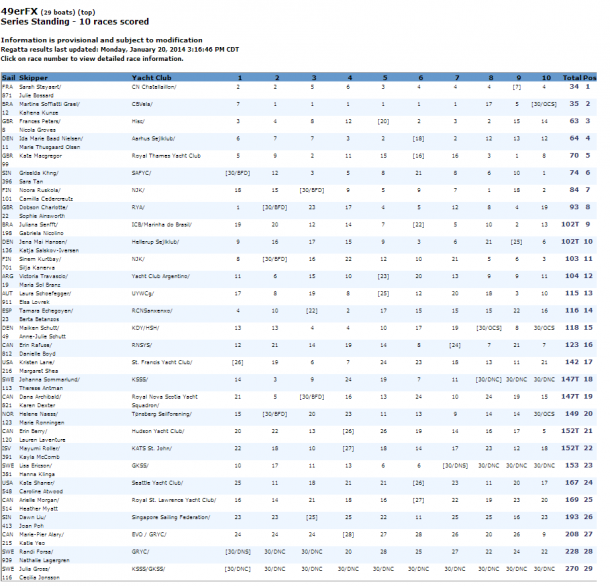 Where 49ers Flock for Winter

As cold temperatures settle over the northern hemisphere and the waters cool, 49ers flock South to train.  The decision of when to go, who to go with, and how long to go for take time and careful deliberation.  Teams must budget and plan within their means yet with no shortage of ambition.  Winter is one of the few times when teams get a chance to put in solid training blocks and hope to make a leap up the standings in the summer season ahead.  That outcome if far from certain so opportunities must be carefully considered.

This years main training camps are scattered around the globe with the most significant camps being in:

There seems to be little in the way of agreement of what’s best to do.  Teams have come to very different conclusions on what’s best to do other than to avoid regattas.  For the most part, teams will do a maximum of one regatta all winter and are content to train in groups.  The 49erFX is a little bit different, with more teams fighting to get in a couple regattas, but for the most part in the 49er, it’s a one regatta winter.

Sail Melbourne is the biggest casualty.  It is a fantastic regatta in a great sailing city/country and yet participation continues to fall.   There were very few 49er or 49erFX teams participating this year other than the local heros.  Even the New Zealanders skipped the event this year.  One nice thing that happened in Sail Melbourne was that Stevie Morrison leaped into the number 1 spot after facing what was a very difficult month regarding his ability to continue without RYA support.

Miami will be a great regatta and well attended, but not nearly to the level of Palma or Hyeres.  There is always a couple events in a row in Miami that creates a small center of gravity, and it’s very cheap to live in Miami if  teams stay for a while.  In other locations, teams opted to create their own event, like the Intergalactics, and then many just to go to a nice place in Europe like Sardinia, Palamos, and Grand Canaria to train with their mates.

So if it’s not regattas driving winter planning, what are teams trying to do?  Finances are always at the top of a sailors mind, and some teams obviously opt for locations close to home or on the same continent.  A bigger driving force, however, is the training groups that get formed.  Olympic sailing is a funny game in that way.  Teams must form working groups with their direct competitors in order to improve their skills at an optimal rate.  Some nations have national squads that work together, but inevitably must compete for a lone Olympic berth.  While some teams manage to form open and collaborative working relationships with their countrymen, more often these training groups turn into friendly cold wars, where great mates/rivals won’t share a tip or tuning guide with one another.

That creates the opportunity for cross national training groups.  There is less immediate pressure on teams to avoid collaboration, so the groups form easily and can be very productive.  Unlike national teams, however, there is no over riding controller to hold them together so these groups often end up being fragile and can disintegrate in the crucial Olympic build up.  Teams are not compelled by any over riding body to compromise or commit to one another, so groups often splinter as easily as they were initially formed.  Further, teams come to the table with different skillsets and strengths, and knowing that the groups may not last don’t always commit openly to the learning opportunities.  In classes like the laser, where the shear volume of top level competition doesn’t allow for anything but a great training group, NGO’s like SailCoach have managed to become brokers for great training groups, with much success.

The other problem with top level training groups is that these teams can often become rivals on the race course.  After years of competing against one another, there is a history of incidents that only the most mature teams can completely get over.  Victories, disappointments, protests, and collisions all create separation where there needs to be little.  Teams can often feel resentful if they are treated, or seem to be treated like the junior partner in a group.  There have been many times when the very best teams have formed training groups, like Martinez/Draper/Baur, Outteridge/Burling, and demboyz (van Rijssslberghe).

There are also high stakes for not having the best training groups.  Those that avoid training openly with their top competitors must find some sort of substitute and the federations are always promoting internal groups where their coaches can lead a squad efficiently cost wise.  What if the coach isn’t as committed as the sailors, and what if they aren’t making the same choices as the sailors might.  What are those left out thinking when 6 of the top 10 end up in Rio in the 49er or 3 of the top 10 end up in Auckland in the 49erFX?  Are teams looking around the corner wondering what they are missing or are they content with choices made long ago via container destinations?

The final aspect is the part dictated by the Southern hemisphere teams themselves.  For this part of the season, the Kiwi an Aussie, Argentinian and Brazilian teams hold home court advantage.  While anyone can turn up to sail down under, it takes an invitation from one of these top teams to get into a group, or get a good location, and these teams have the skill level and experience to be choosy.

With so many factors, it’s a wonder teams can make any choices at all, but they must.  Come the spring sailing season in Europe again we’ll see if any teams are able to make their mark from a winter well spent!