The wind in Gdynia was light again today and it was very hot. The first race starts, scheduled for midday, were postponed untill 3 pm. Three races were sailed in 6-8 knots of wind and the races went without any problems or complications. In two 49er races there were  general recalls and some teams scored BFD.  There were also an individual recall in one race.

After yesterday’s races the top of the leadersboard was very tight, between the second and seventh place it was just a three-point difference.  Today we have some changes  as yesterday’s leaders in the 49er, Spanish crew Diego Botin and Pablo Tunado, sailed very well today winning one race and placing second in another.   They kept the leader’s position on top of the standings.

The Australian team of George Davies and Jack Lloyd, in fourth position yesterday, had two good races today and unfortunately one BFD, but they managed to jump into second place. George Davis commented: “There were good sailing conditions and were a few good waves around and a little bit tougher at times. It’s very hectic on the start line and a lot of good sailors around. The standard is pretty hard which is good and everyone is really competitive and it’s pretty friendly out there which is a good thing.”

French team Kevin Fischer and Marc Mallaret won one race today, but in the last had BFD, so they dropped to the third place. “From the beginning of the regatta the wind is really light and shifty, so it’s difficult to do a lot of races. This is a youth championship, so we have a lot of young competitors in this class and a lot of levels. So I think it is a very good championship for us.  I was in the 29er championship in Sopot last year and we had the same weather conditions. We are used to sail in strong wind, but it’s OK.”

Chilean team Benjamin Grez and Carlos Vergara has made a big jump from eight place to the fourth. “It was really difficult, too much waiting on the shore and hot.  Racing was great.  The wind was really tricky, dropping down and then going back up again.  Difficult, but very fun and interesting.  It was different than yesterday – I can’t say it was harder, but it was trickier,  shiftier and for me it was more fun.  I have sailed in many big regattas, I was at the Olympics last year, but this regatta is my first time in the 49er class.  We’re happy with our results.  We didn’t know what to expect because we have sailed very few days on this boat.  We know we have a lot of things to improve, but we ‘re really happy and we’re having fun.”

In the 49erFX fleet the first three places are the same as yestarday’s.  Finnish crew Norra Ruskola and Camilla Cedercreutz are still leading.  “The wind was good, or it was like good for us, but the waves were like crazy! I didn’t like them. Yesterday was better because there weren’t so many waves.  This is our second regatta, our first one being in Palma, 2013.   The level is really good, but I think we’re pretty good in light wind.  In the strong wind other teams will be really good.” – Norra said.  Griselda Khng and Sara Tan from Singapore are in the second place ahead of Polish crew Susanna Rybicka and Marcelina Sliwinska who are in third.

There are four protests in 49er class, so the classifications may change.

Tomorrow will be the last day of the qualifying round and it is going to be another hot day with light wind.  Four races are scheduled. 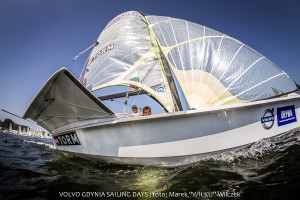 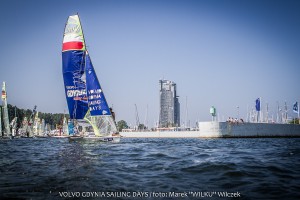 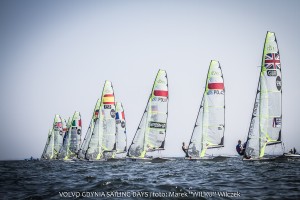 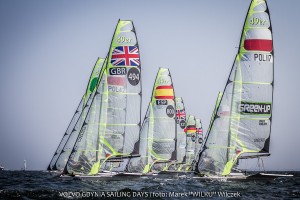 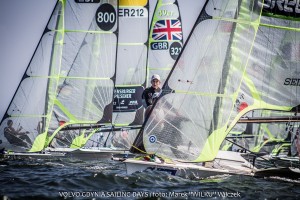 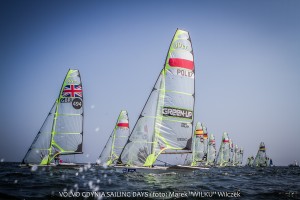 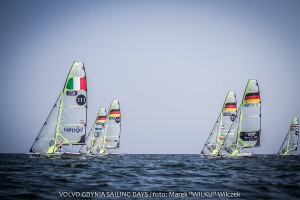 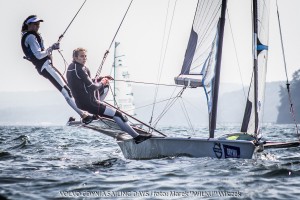 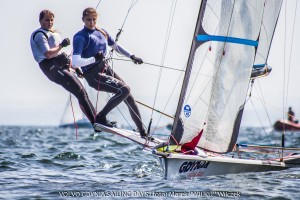 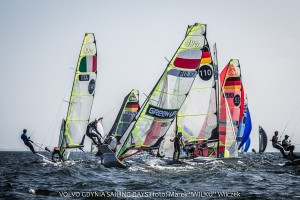 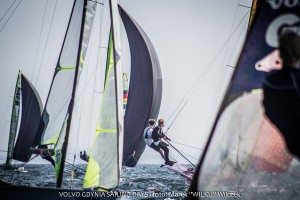 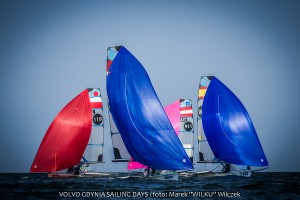 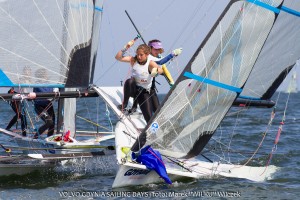 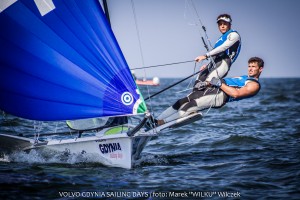 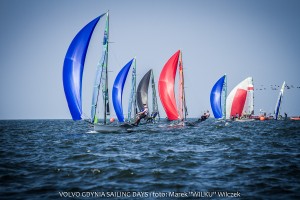