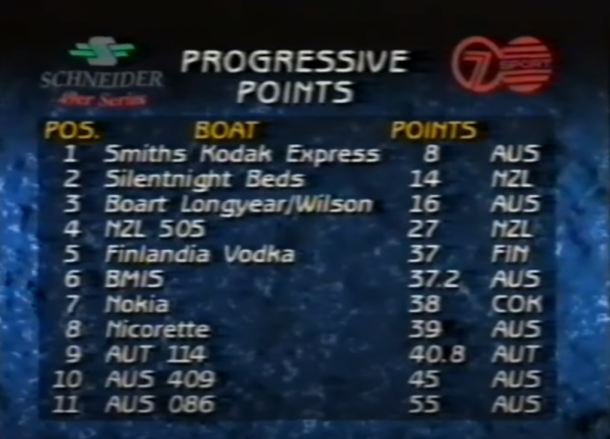 An excellent performance by Mikołaj Staniul and Jakub Sztorch (YKP Gdynia) marked the first day of Gdynia Sailing Days and the Junior World Championships in the 49er, 49erFX and Nacra 17. The Polish duo lead 43 teams from 18 countries in the 49er class.

On Wednesday, sailors in each class had three races. Staniul and Sztorch won the first two races in their group, and in the third start they reached the finish line in second place.

– Today the conditions were great and all races were held in even wind. I am also very pleased with the attitude of our sailors. And I don’t mean only their finish positions, because they also depend on the disposition of their rivals, but the fact that they sailed reliably. The boys sailed as best they could and that’s what this competition is all about. Mikołaj and Kuba should do what they can, and then everything will be fine and they will get this high place. Of course, the premise is that you don’t have to look at the results, analyze the places and count the points. They have to be focused on each race and day ahead. Only 20 percent of the regattas are behind us and a lot can happen. We certainly do not choke on what was today, because tomorrow is another day and we start it from scratch – said Dominik Buksak,

The white and red team confirmed that they belong to the world leaders. At the beginning of July 2019 in the Norwegian town of Risor, they finished just behind the podium in the world junior championship, while in December of that year in Vilamoura, Portugal, they won the bronze medal in the European championship in this age category, and triumphed to the age of 21.

– You cannot be influenced by such things, because each regatta must be approached as if it were a new challenge. What was a month, let alone more than a year ago, no longer matters. Everyone started the championship from the same position and everyone had the same chances of winning. On Sunday we will see how individual crews used them – added Buksak.

The Poles are followed by the Germans Paul Pietzcker and Linus von Oppen and the Spaniards Andres Barrio and Antonio Martinez. Butowski and Machowski are in the high seventh position, winning third and twice fifth place.

– Today the sailing conditions were perfect, but we are aiming for a slightly weaker wind. We are satisfied with our attitude, however, because we are making our debut in this championship, and we are swimming evenly and in the lead. We hope that the next days will be equally successful for us – commented the other Polish crew.

54 teams from 15 countries compete in the 49erFX class. This group also includes male and mixed duos, but only female teams will be included in the world championships. For the time being, Italians Jana Germani and Giorgia Bertuzzi are in the lead in the overall classification, ahead of the Germans Moritz Dorau and Riko Rockenbauch, and the Danes, Helena Wolff and Carl Sloth.

Among the 14 crews from nine countries, there are no Poles in the Nacra 17 catamarans. After three races, Italians Gianluigi Ugolini and Maria Giubilei lead the way, the French Margaux Billy and Leo Maurin are second, and Germany’s Jesse Lindstadt and Jill Paland close the top three.

The Junior World Championships in the 49er, 49erFX and Nacra 17 classes will end on Sunday. The organizers plan to run a total of 15 races, 3 each day.