Mussanah, OMAN – A mere three months since the closing ceremonies of the Tokyo Olympics and less than three years from the Paris 2024 opening ceremonies, new teams are grasping their opportunity to make a name for themselves at the 2021 Nacra 17, 49erFX and 49er world championships at Mussana, Oman.

The puffy easterly seabreezes and cloudless Massanah sky made for a gentle first day of the championship hosted by the resort and waterfront home of Oman Sail. The turnout to these post-Olympics championships were equally as mild, but this isn’t quite the usual worlds after an Olympics.

The difference this time is there’s one year lost in the Paris 2024 quadrennium due to a late Tokyo Games and each fleet has a leader who has emerged from their deep squads to take pole position at a major event for the first time, leaving some Tokyo Olympians down in the rankings.

The young Finnish FX team of Ronja Gronblom and Veera Hokka eclipsed their fleet with an 8, 2, 1 to end day one five points clear of Norwegian Tokyo 2020 Olympians Helene Naess and Marie Ronningen. The Norwegian pair were one of three 2020 Olympians who wasted no time re-starting their campaigns after competing in Tokyo, all were in the top six of the 22-boat fleet.

“Our biggest takeaway from Tokyo was focusing on the process and specific goals we set,” said American FX crew Maggie Shea. “The goal is an outcome we’re happy with regardless of the results.”

With only 15 boats, the Nacra 17 fleet are just as deep, but a new French team, Tim Mourniac and Lou Berthomieu top Tokyo silver medalists from Great Britain John Gimson and Anna Burnett. Of the top 10 today, two are medalists from Tokyo, and there are two world champions.

“It was a steady first day, as far as results are concerned,” said Burnett, who stands one point behind the French. “There are a lot of new faces, especially the French are going really well. It’s nice to have these teams around us.”

Burnett and Gimson jumped right into the European Championships after the Games but then took a break, putting their hours into learning wing foiling. “We’re just getting back into our routines,” said Burnett.

The 49ers were the largest fleet, sailing in the lighter morning winds, split into two fleets. The British team of Jack Hawkins and Chris Tomas are tied with the French pair of Kevin Fischer Guillou and Noe’ Delpech. Both are experiencing their first tastes of sitting atop a big championship.

With only the two 49er fleets needing to sail qualifiers through Thursday, the fleets are aiming for three races each day. Though the shifty warm breezes kept the scores of even the leaders mixed, the sunshine will be the only consistent factor this week.

The Path to Paris will have new faces. Otto Henry with Miles Davey (AUS) and Hernan Umpierre with Fernando Diz (URU) sit third and fourth on the 49er leaderboard respectively. They represent the next generation of skiff talent who have grown up sailing fast and upskilling through a combination of video and extreme sports. Of the four, Diz is the oldest born in 1999, the rest were born in the new millennium and it doesn’t look like they’re interested in starting from the back of the fleet and moving up.

The Uruguayan pair won the Asian Championship as the warm-up to this year’s worlds. They have moved to Cadiz, Spain, for their university studies, but it’s clear their passions lie in sailing. We try to train with as many boats as we can,” said Diz about their last few months of training since they have moved to Spain. “This week we’ve been sailing with the guys from the US who are really fast, so yea, great training partner.”

Likewise, locked out of Australia, the young pair have been in Europe all summer racing and training, before they are allowed back home eventually.

One common thread for vagabond sailors is that every beach in the world seems more full of plastic than the year before. The 50 sailors and Oman Sail staff heading out to do a beach clean this morning there was plenty to pick. It was a few minutes dedicated to the greater cause before a week being focussed inwardly.

Bottles and ropes, rags, nets, and jugs – if they get to the Ocean they’ll land on a beach. By the end of a quick session, we filled a pickup truck to bursting.

Beach cleans are a way to feel productive, but there is no pretending it’s solving the problem. As sailors we aim to bring the message of reducing plastic consumption to our friends, and push industry to seek alternatives.

While our Aussie friends remain trapped at home, at least they are getting some cool exposure. Nice look Will Phillips!

Results photos, live and highlights from World ChampionshipFollow along via our newsletter 49er.org/subscribe

This is a developing story… check back for updates. 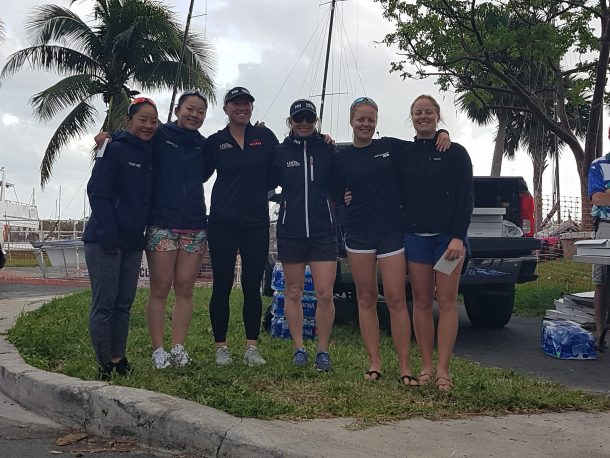 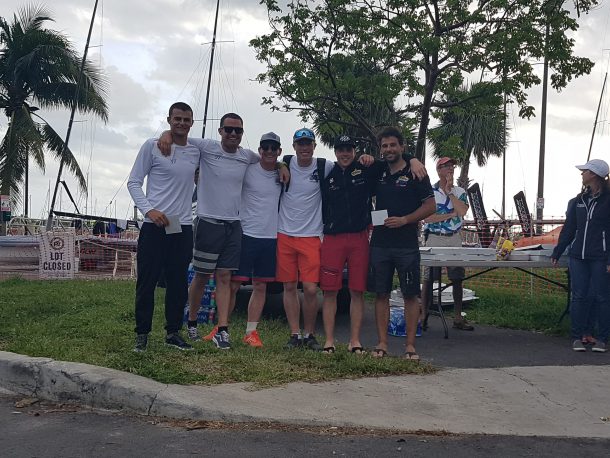