We at the 49er class hope you’ll be hearing a lot more about Theatre Style Racing in 2013.  At our Open Forum meeting at the 2012 European Championships, the class expressed the intention to vigorously investigate the options within the ‘Theatre’ for the 2013 racing season.

But what is Theatre Style Racing.

Theatre Style Racing is the current name given to a format where the racecourses is bounded on both sides restricting the width.  This creates more action, as the boats must perform more manouvers and make more crosses.  This also allows camera boats to be right in the action, because boats can sail directly at them without the risk of being in the way of the racing. 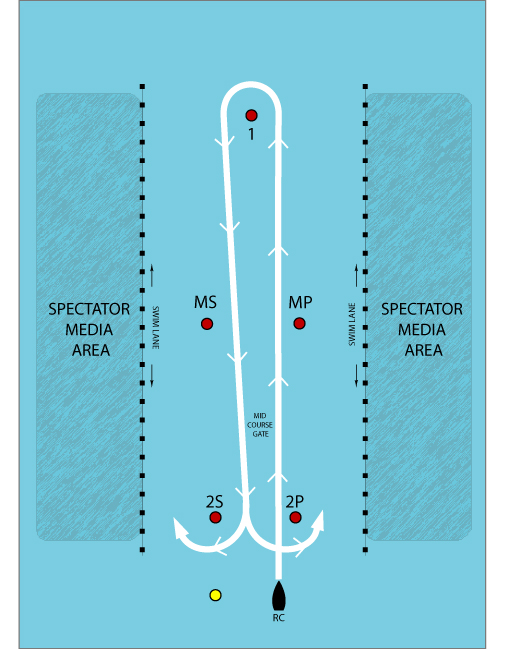 Of course, the media area listed above is also a spectator area!  This type of racing allows fans to be right in the action.

Other aspects of this racing that we think are useful, but that don’t necessarily have to be part of it are:

In any case, go to 2012euros.49er.org to follow the first use of this format in a major championship, the 2012 SEIKO European Championships.